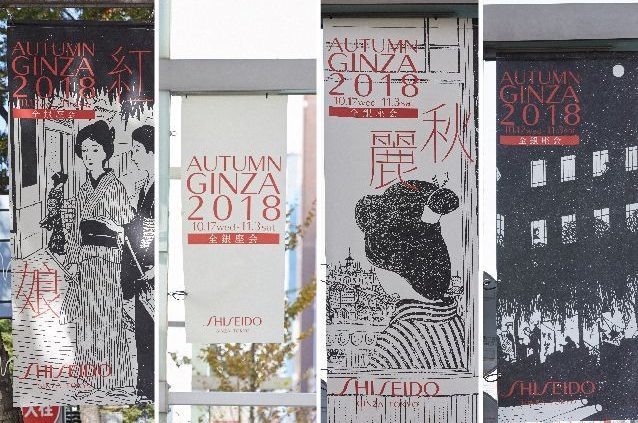 In Autumn 2018, Koa-Sha Japan carried out the concept of “Autumn Ginza” by decorating the street with vintage-style flag advertisements for Shiseido Japan. Each flag was an illustration originated by Komura Settai, the well-known Japanese painter from the Meiji period to the early Showa period. The concept highlighted the enjoyment of women at Ginza during Taisho period. The unique flag advertisement designed by Shiseido was awarded with “Tokyo Metropolitan Governor Prize” at the Tokyo Outdoor Advertising Contest 2018. 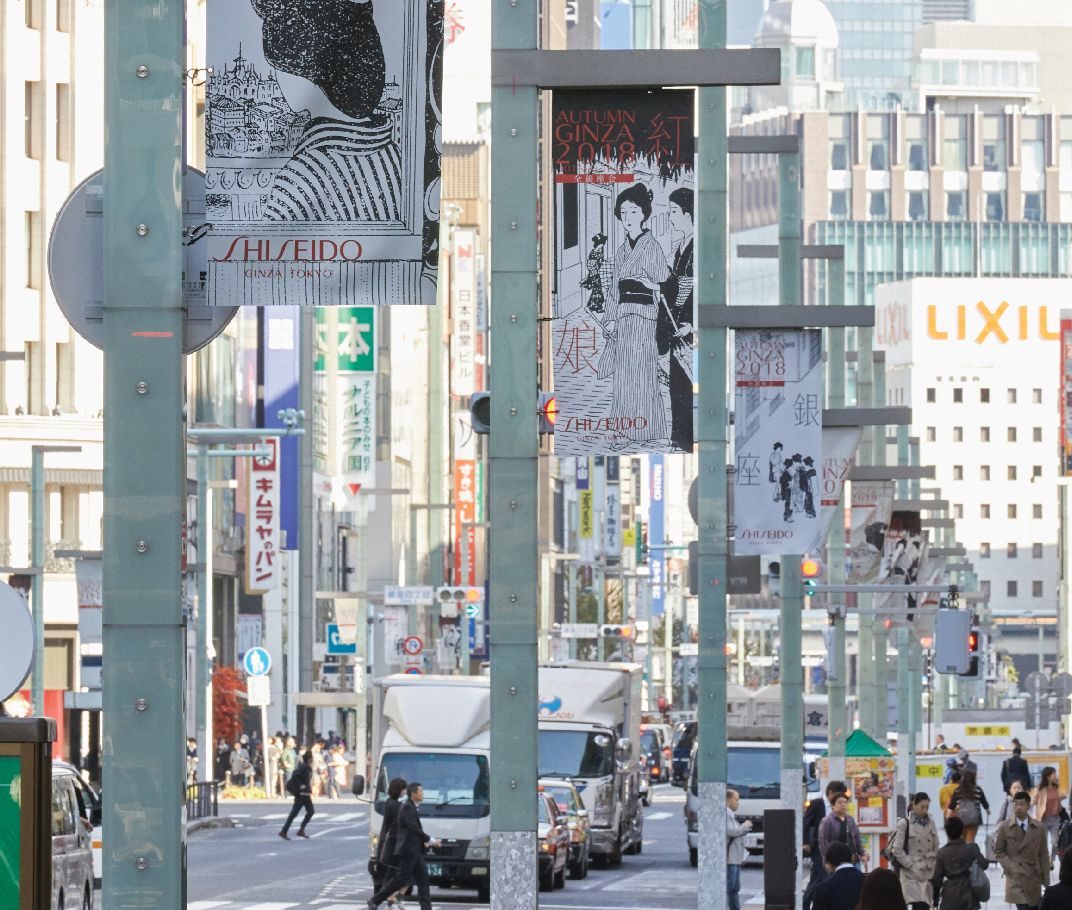