With the working philosophy of “Only the best communication”, we initially brought the Wrapping Bus Media concept to Vietnam in 2013, starting at Hanoi market.

Understanding the potential of Ho Chi Minh city market, from 2014 to 2015, we supported the local government by developing and proposing the Wrapping Bus Media project. 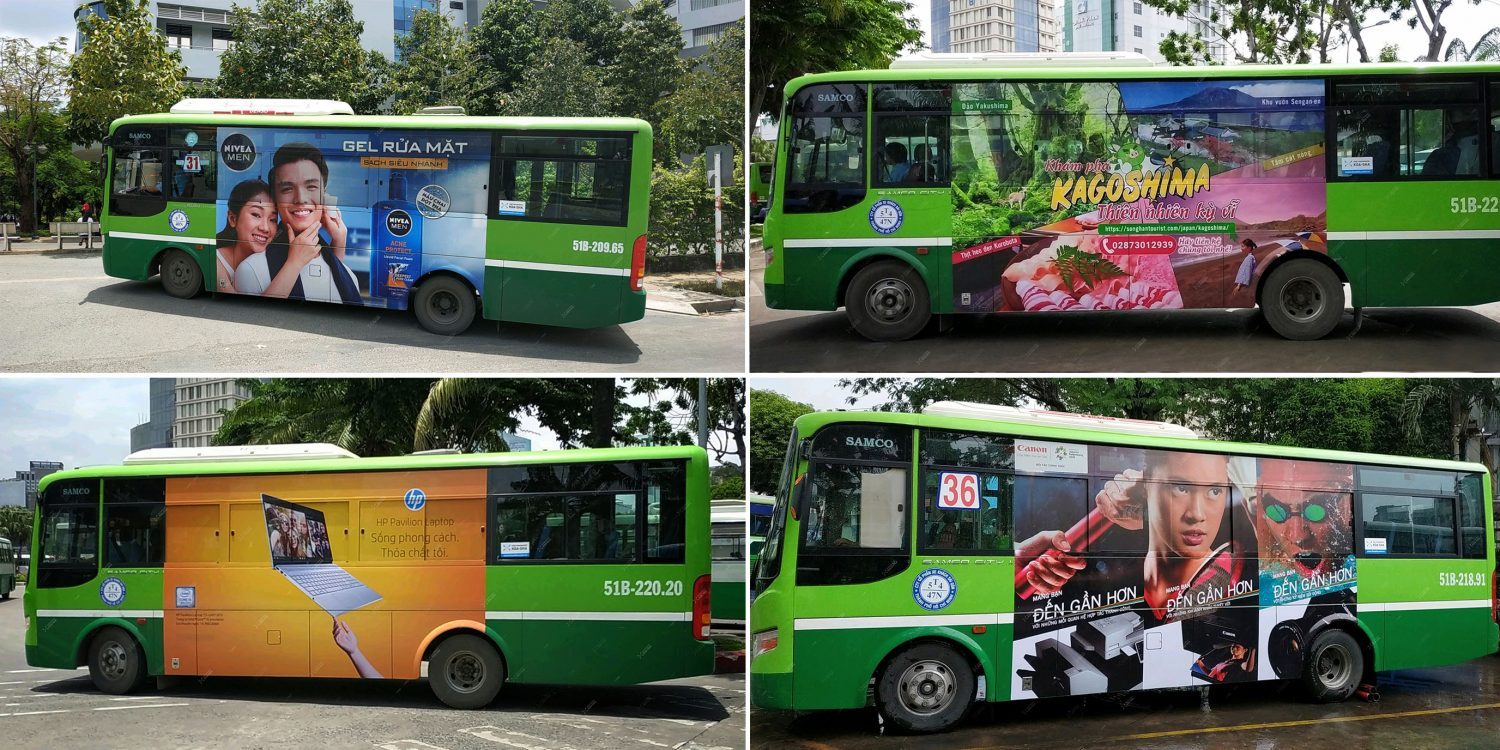 After completing the pilot period with recognizable success, starting from November 2017, we continue to be the exclusive media owner of 30 bus routes (~500 buses) in HCMC, supporting both international and local brands to generate strong awareness among their target audiences via 7 core advantages: